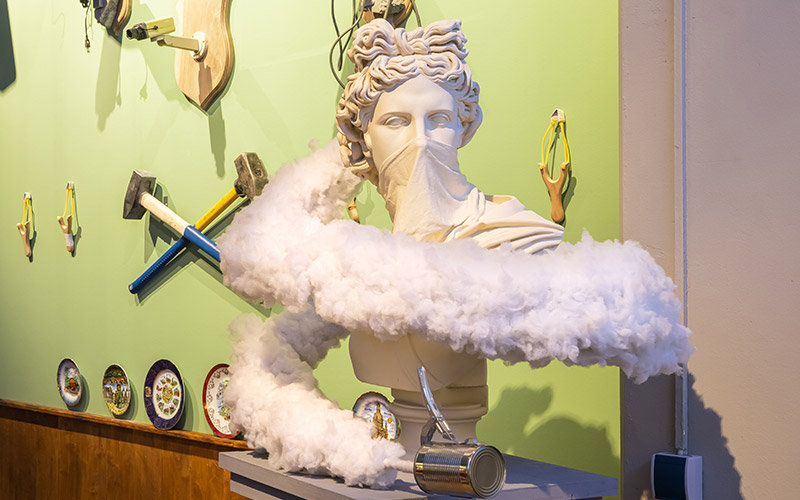 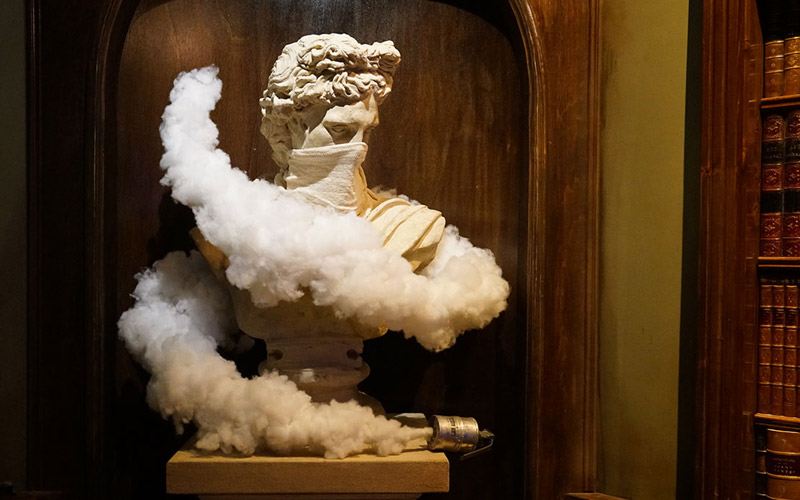 The bust Apollo is an artwork from the Walled Off Hotel in Bethlehem, which opened in 2017. Banksy’s work in the West Bank is always closely linked to a critique of the military oppression that prevails on-site. In this case, we see another adaptation of a neoclassical sculpture, a cloth covering its mouth and nose, standing in the rising smoke of a smoke grenade.

The bust is based on the statue of Apollo of Belvedere, one of the most admired and described ancient sculptural works of Rome. For Winckelmann, who repeatedly describes the Apollo statue, the image fulfils ‘the highest ideal of art among all works of antiquity’. Together with the bust of Artemis of Versailles, attributed to Leochares, the Apollo forms a popular pair of busts.

In Greek and Roman mythology, Apollo is the god of light, healing, spring, moral purity and moderation, as well as divination and the arts. As the protector of these and of music, Apollo presided over the nine Muses and was also a god of atonement.