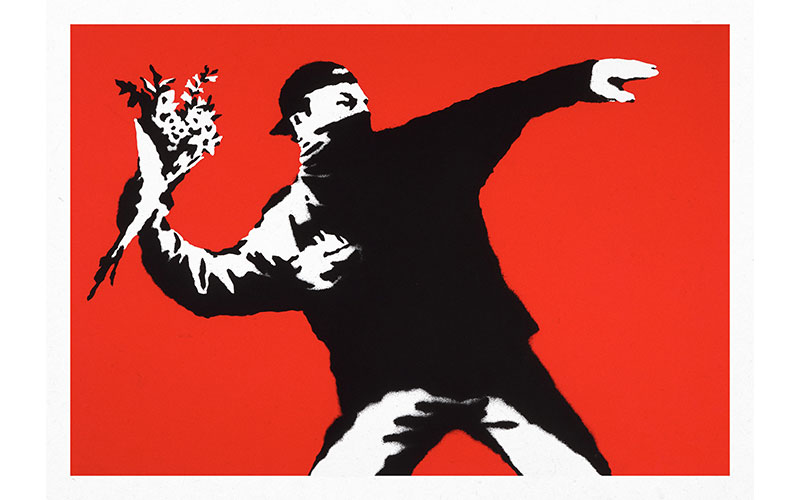 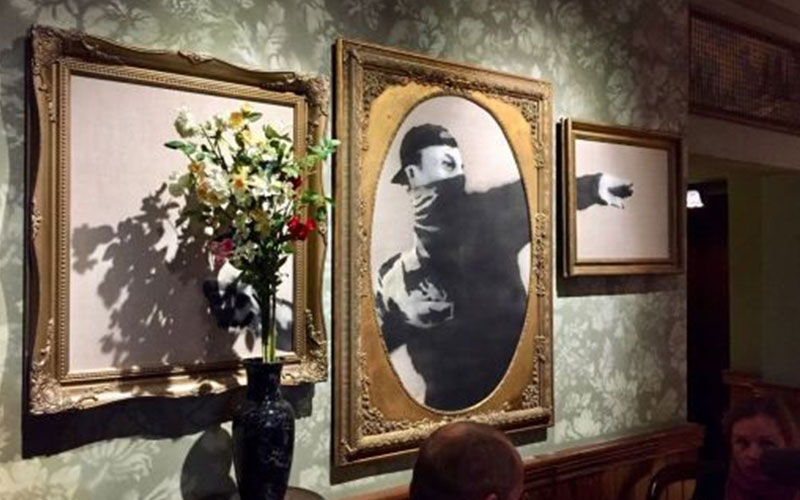 The „Flower Thrower“, probably Banksy’s most famous painting, combines two of his most popular themes: Street fighting and peace. The motif was originally created in 2005 on a West Bank border wall in Jerusalem. Instead of a Molotov cocktail, an activist surprisingly throws a bouquet of flowers at the rioters – a peaceful weapon of hippie culture and a sign of love in the midst of violence. A plea for peaceful change in the world, which, however, also makes us realise that protests against capitalism or a military regime are just as pointless as throwing a bouquet of flowers against a wall. In this three-part painting, Banksy experiments with a new technique for making prints – he sprays the stencil onto a developing film and exposes the result directly onto a screen print. In this way, a very accurate analogue representation is created. The set could be bought in his online shop Gross Domestic Product™ and was sold out completely in no time.