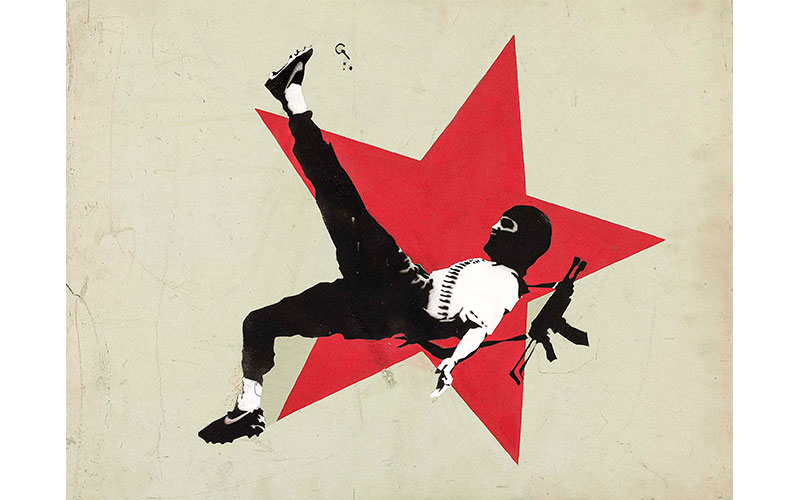 The work Football Terrorist shows a terrorist in military clothing, balaclava, machine gun and Nike football shoes in front of a red star. The title and the flying pose are reminiscent of a footballer who slips and pulls up one leg while trying to kick the ball. The football is no longer visible here, but above the left foot hovers a piece of grass that was probably dislodged from the ground during the kick.

The five-pointed red star is a symbol of the socialist or communist ideology. It is supposed to metaphorically light the way to a classless society, but is also interpreted as an internationalist symbol of the labour movement. The red star also stands for the red terror and the gulags.

Some football clubs carry and have carried the socialist symbol in their name and accordingly also in their logo, such as Red Star Paris, Red Star Belgrade, Red Star Leipzig and HC Kometa Brno.