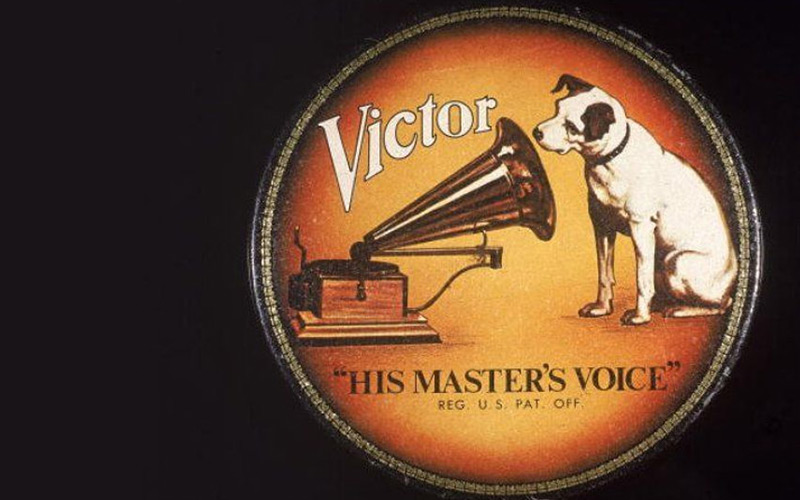 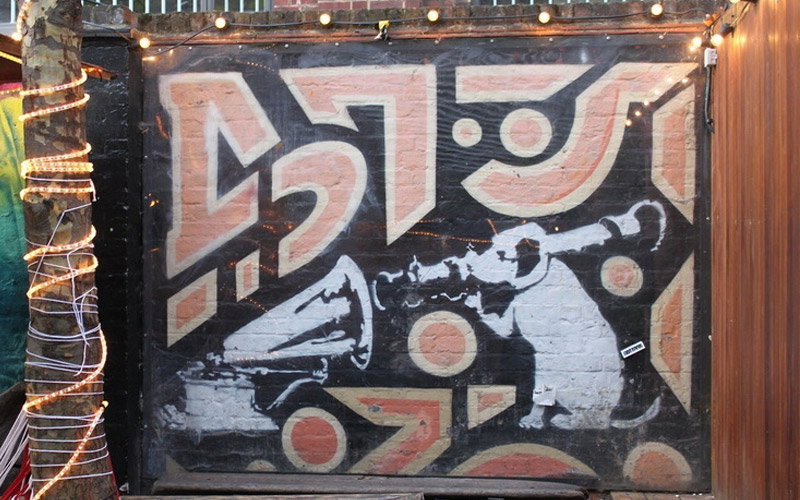 In HMV, also known as His Master’s Voice or Rocket Dog, Banksy appropriates the iconic logo of the British music and entertainment company of the same name, which was founded in the 1920s. Similar to the original logo, Banksy’s print shows a sitting dog in profile, looking at a gramophone. However, with his usual irony, Banksy reinvents the image by casually aiming the anthropomorphic dog directly at the horn of the gramophone with a bazooka missile strapped to his shoulder. The monochrome composition is formally in Banksy’s characteristic stencil style.

HMV was first stencilled with the message „Keep back 200ft“ on the streets of Banksy’s hometown Bristol in early 2000. That same year, the artist spray-painted the HMV dog motif on the walls of the courtyard of London nightclub Cargo, this time with a colourful background of abstract yellow and orange shapes. Banksy’s work, hailed as a local masterpiece, has been protected by Plexiglas for about 15 years, and crowds still gather to see it.

Banksy’s HMV dog appeared in paintings of various sizes in the early 2000s and was published in print in 2003.