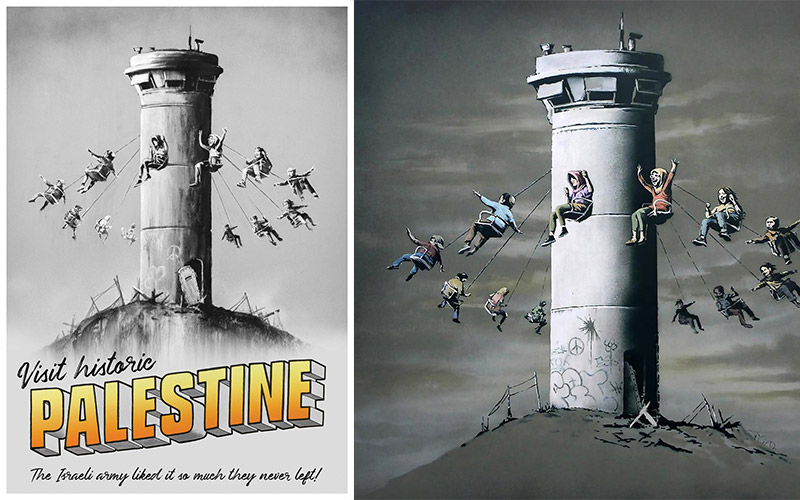 Palestine Poster from 2018 is another piece of the ‘Walled Off Hotel’, which appears as a classic advertising poster of the 50s. Back then, the slogan ‘Visit Palestine’ was part of an advertising campaign to boost tourism. Banksy’s version, unlike the old posters, does not show an inviting landscape, but a gray concrete watchtower. The base is no longer in use as such, the door is hanging off its hinges, floral graffiti has been sprayed on it, the windows are open and the surrounding area is desolate. It now serves as a chain carousel for children, who clearly enjoy the ride.

The carousel functions as an attraction, built from the remains of war. The poster reads „Visit historic Palestine – the Israeli army likes it so much that it never disappeared.“

Thus, the artwork joins a series of commentaries on the separation of Palestine and Israel that are on display at the ‘Walled Off’ Hotel in Bethlehem. Since its opening in 2017 the hotel has attracted over 50,000 thousand visitors.