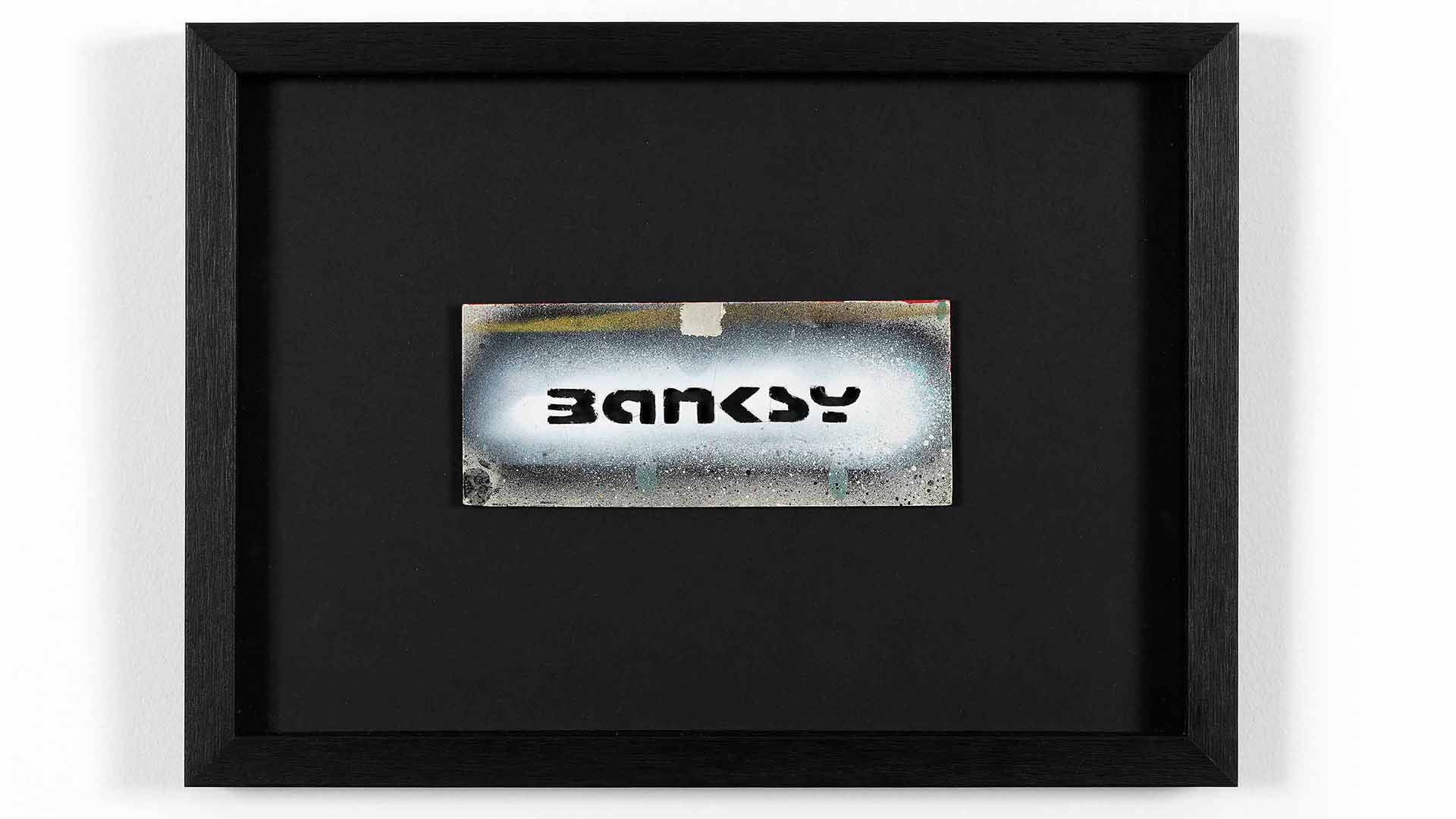 Banksy’s iconic tag has long been known far beyond the borders of the street art scene. To leave his signature, he uses a reusable stencil, as he does for many of his works. Because almost every work of art has a signature, the significance of the signature is often neglected. Yet artist signatures are an essential part of how our art history and art market works. A signed work is easier to identify. However, since signed works also promise a greater profit on the market, they are often forged. As these forgeries became a growing problem with his increasing fame, Banksy set up the non-profit organisation „Pest Control“. Pest Control has since confirmed which Banksy works are genuine and which are not.