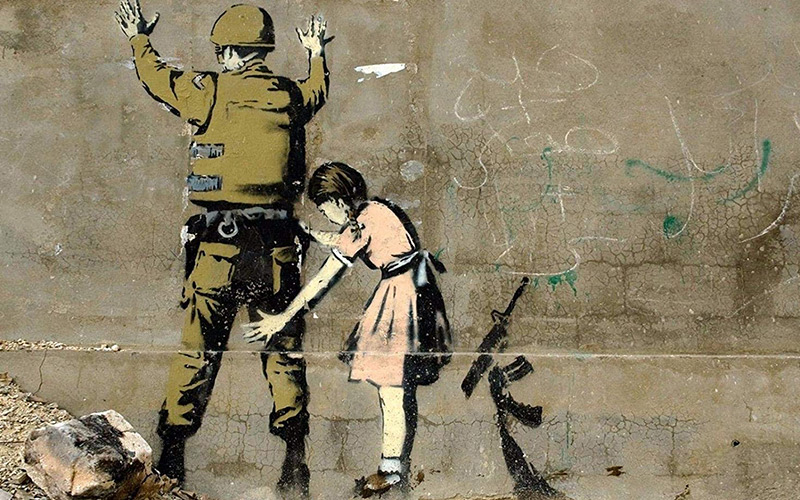 A brilliant example of Banksy’s power of juxtaposition. This piece was created on the Palestinian side of the West Bank Wall. It shows an Israeli soldier being frisked by a young girl. In one simple image Banksy has captured the horror of being a child in the middle of the Palestinian-Israeli conflict, where an oppressive military presence has denied any of the expected innocence of normal childhoods. So, this is Banksy, as with so much of his West Bank work, speaking to the West. He is saying, tangentially, image if this was your precious daughter, if your children had to be constantly searched at checkpoints in their own land? It’s a very effective call to prick Western consciousness for just letting the conflict run and run. Whilst the image is delightfully absurd, there is also a warning for the Israeli occupying forces. One day, Banksy seems to be saying, our children will be investigating you for what you have done.