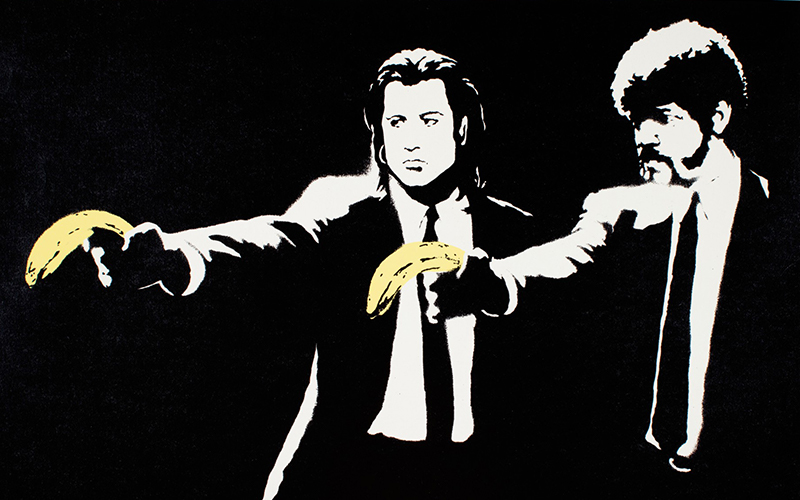 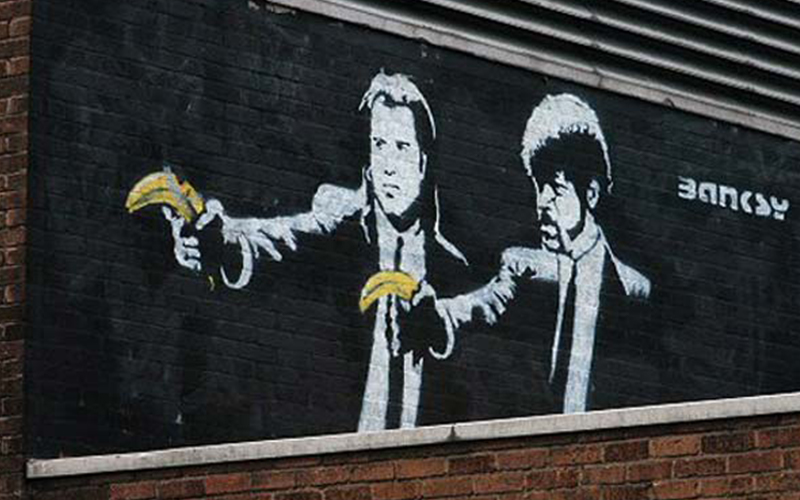 In this stencil, Banksy recreates an iconic pop culture movie scene, the one of Tarantinos´s Pulp Fiction, except in Banksy’s vision guns are replaced by bananas. In a smug way, the artist questions the gun culture and clarifies his point of view on this sensitive issue. In 2012 the painting was sold for 10.600 pounds. This homage to the 1994 cult movie is very much in the spirit of Quentin Tarantino’s original. With its stylised satirical take on extreme gang violence, it is amusing to see John Travolta’s Auto-Ordnance 1911A1 and Samuel L. Jackson’s Star Model B 9mm guns replaced by bananas. Just when we might have been thinking that, although we like the image, it is not one of Banksy’s most effective, London Transport comes to rescue. In 2007 they painted over the piece, which was stencilled on Old Street Station, because it was considered violent and created, a spokesman stated, “an atmosphere of neglect and social decay, which in turn encourages crime.” Banksy responded by showing Travolta and Jackson wearing full-length banana suits, but this time carrying the reals pistols. This was the piece subsequently vandalised by well-known graffiti writer Ozone, leaving a note: “If it’s better next time I’ll lave it.” Banksy, rather movingly, returned to this spot to create Memoriam piece to Ozone, after the latter was killed by an underground train.