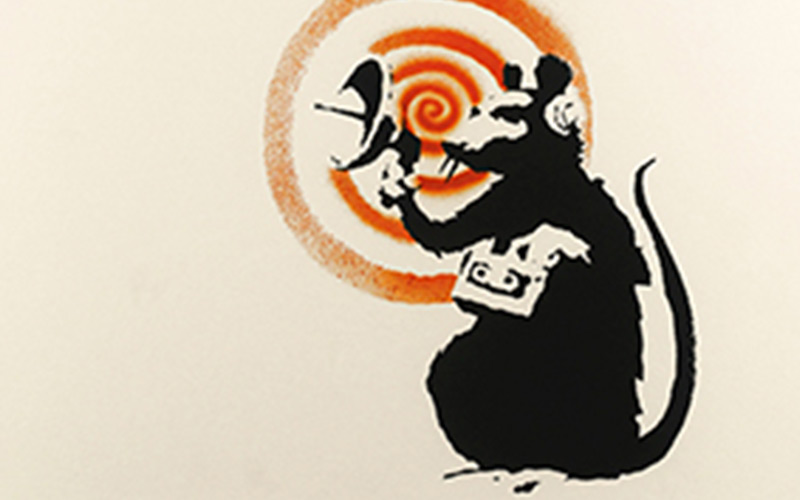 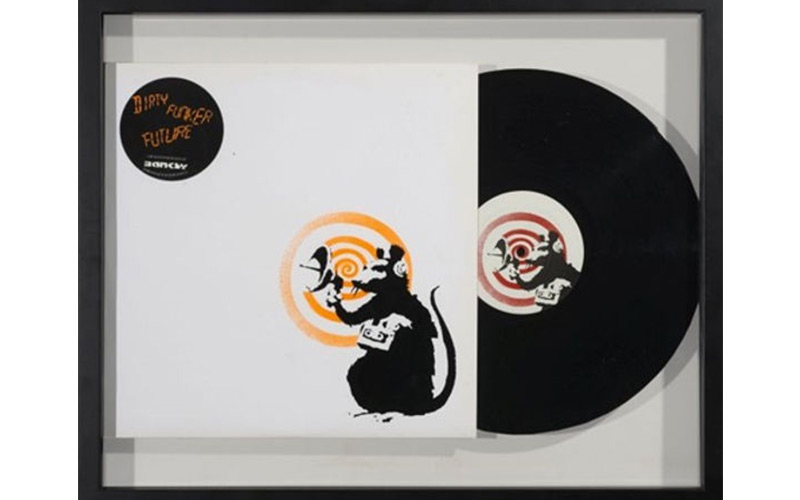 Radar Rat is one of Banksy’s most coveted works, as it only appeared in a small edition of 75 signed prints handmade by the artist himself. The work was originally known as Sonic Rat and was first published by Banksy’s print publisher Pictures on Walls (POW) at the artist’s Santa’s Ghetto pop-up shop. One of Banksy’s best-known stencil graffiti, it graced the cover of DJ collective Dirty Funkers‘ 2008 album Future.

The rat appears to be intently eavesdropping on the world around it, which seems to allude to the ever-increasing presence of surveillance devices in cities like London.